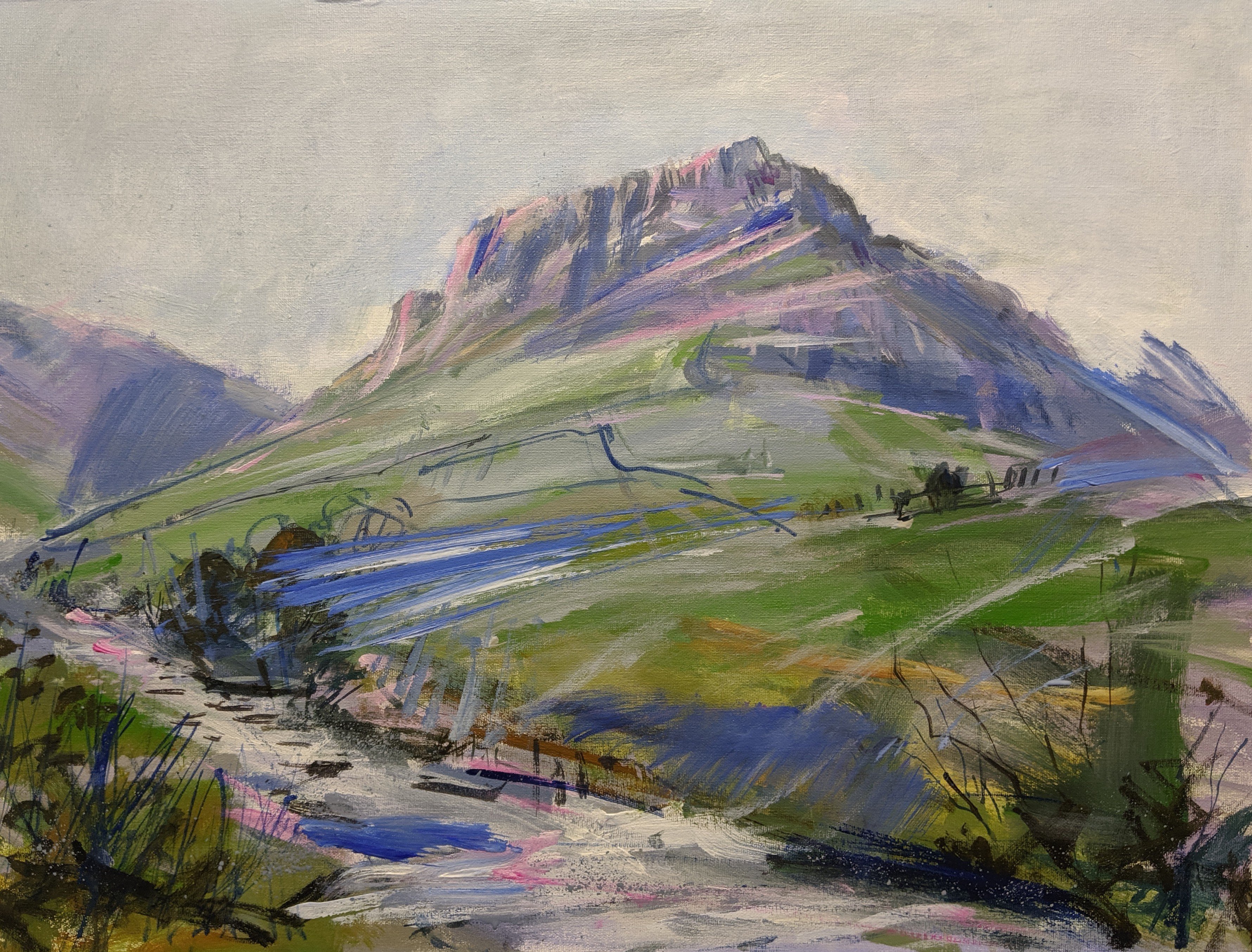 Here’s a painting that I’ve finished twice now. The first time was a few months ago, and the second time was yesterday. This often happens – a painting that looked complete several months ago doesn’t ‘settle’ well and needs repainting a few months later. Once I’ve finished a painting it will often get turned to the wall, or hidden behind another painting. This isn’t accidental, it helps me see the painting with fresh eyes the next time I pull it out.

Eagle Cragg sits overlooking Stonethwaite. It’s a massive slab of rock that geologists tell us was extruded from the earth as thick, viscous magma from deep in the earth’s crust. Looking at it, I can begin to imagine those forces at work.

My original painting just began to look a little bit flat, a little bit boring. So yesterday out came the paints again and I added some highlights, enhancing the rosy glow of sunlight on the top of the Cragg and contrasting those with cool blue shadows in the lower half of the painting.

Now I think it’s finished, but you never know and next month I might look again.